There are a few beers that have gained enough national attention to warrant full day events centered around their release, and arguably the most anticipated is 3 Floyds Brewing Co.’s Dark Lord Day. Held in Munster, Ind. every April since 2004, the event draws people from all over the world, and tickets sell out in a matter of minutes online.

Dark Lord Day, as the name implies, is the only time in which Dark Lord is available. This year, Dark Lord Day was held on April 26. Only about 8,000 people were able to get allotment tickets, although there were more general admission tickets sold, the holders of which could enjoy various beers on tap but were unable to purchase bottles of Dark Lord. The brewery also donated a portion of the proceeds to The American Red Cross, Calumet Area Humane Society and Munster area elementary schools.

The Dark Lord Day website has a somewhat dramatic description of the beer:

Dark Lord is a gargantuan Russian Style Imperial Stout, with a reverse cascading head that starts out billowing the color of burnt oil like the Dark Lord rising from the black primordial beginnings. Its resonant vinous aroma has been described as cherries, sweet malt, molasses, burnt currants, plums with a port wine alcohol undertow. Mochachino notes buried within. Motor oil consistency, hellishly smooth yet divinely burnt and vinous.

Although there have been a multitude of variants over the years, the base Dark Lord beer is a 15 percent Russian imperial stout sold in 22-ounce bottles that has been brewed with Mexican vanilla, coffee and Indian sugar. Each variant is differentiated by a different colored wax, with the regular version this year sporting a blue color.1

For the 2014 release, the allotment per person with a ticket was four bottles at $15 each, and each regular ticket holder also received at “Golden Ticket” scratch off. The people who scratched a winning ticket were able to purchase one of three Dark Lord variants, each of which cost $502:

The Dark Lord pours a deep black, with very little head that is light tan in color, and what head there is disappears quickly. The aroma from the glass is unique but not exactly inviting, a combination of wet dog and dark chocolate, with a little coffee and sweetness thrown in. There is very little carbonation evident even as the beer is poured and the beer sticks to the glass like syrup. 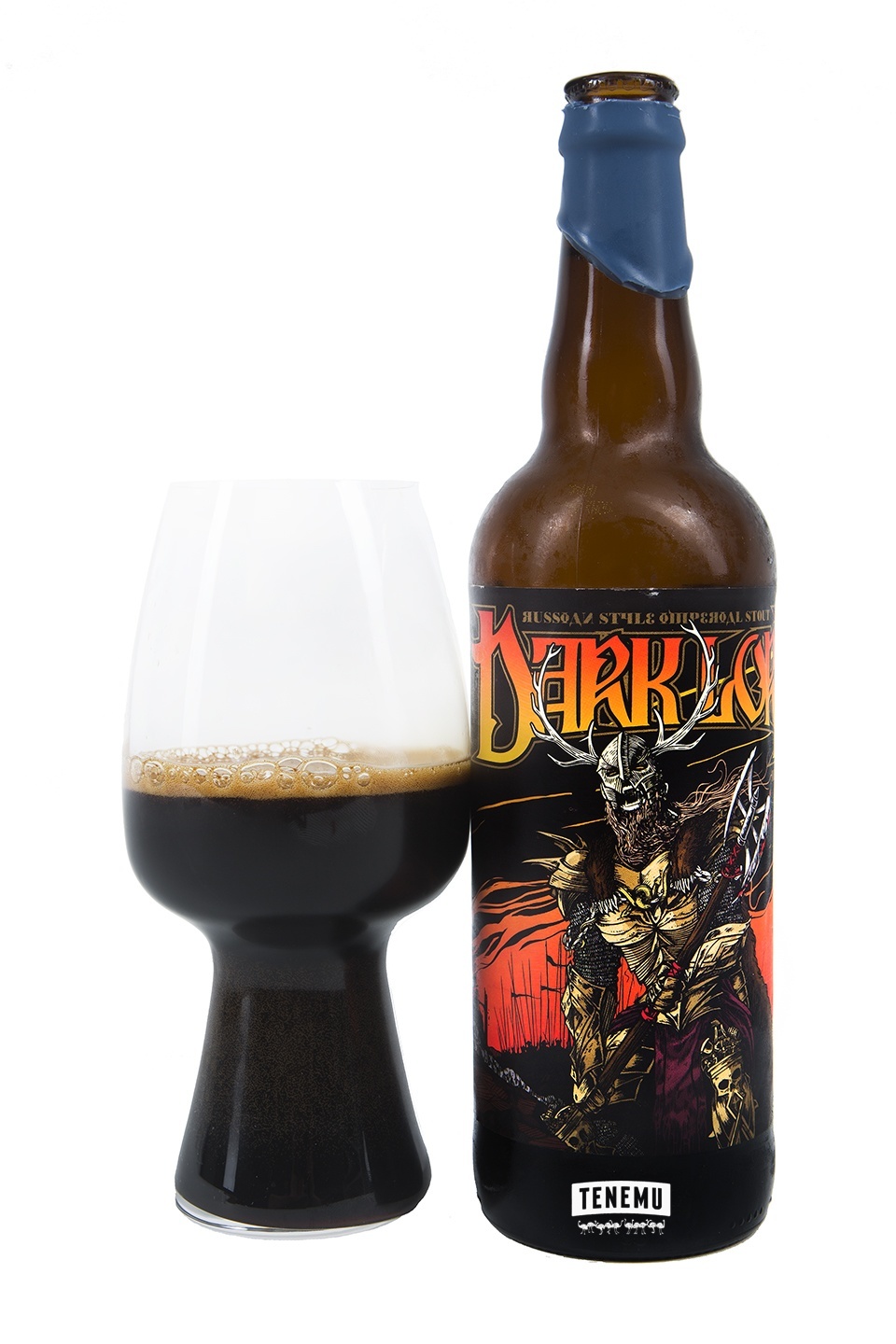 At the first sip of the Dark Lord, I am immediately overwhelmed with cloying sweetness that is so strong it almost makes me gag. I do taste some other flavors around the sweetness, namely coffee, oak, burnt sugar, dark chocolate and even a little vanilla, but they are buried, and never come close to breaking through to make a major impact. In addition, there is almost no carbonation noticeable from the beginning, adding to the too-thick mouthfeel that the beer has.

Dark Lord is quite vicious, coating my tongue like motor oil, and the finish tastes strongly medicinal, like cough syrup. There is no balance to the profile at all, and while it does get more palatable as it gets warmer, the overall sweetness still dominates every other flavor until I am finished with it.

Considering the hype on this beer—not to mention what I had to trade to get it—I was expecting to shout from the rooftop how amazing it was, how it changed my life and made it worth living, how I would give any amount of money, time or effort to obtain another bottle. Unfortunately, what I ended up with instead was a cloying, overwhelming sweet, dank mess that I was unable to even finish. In fact, the profile was so unbalanced, I honestly wonder how anyone finishes it, let alone praises it. While I am glad to have tried it once, I can assure you I won't be seeking it out again.
38Overall Score
Reader Rating 0 Votes
0