As if one Arrogant Bastard was not enough, now you can get four different Bastards in one box. 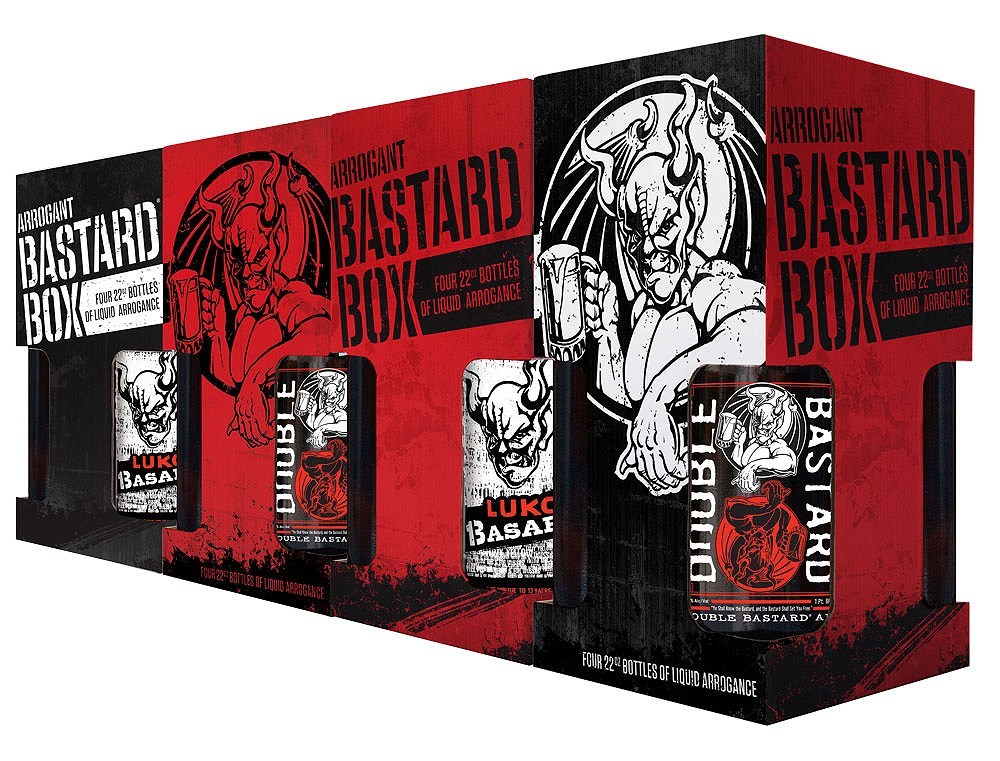 “Feeble palates beware: Three new Bastard brews is headed your way, and they mean business.” says a press release. “If you have yet to taste Arrogant Bastard Ale, the brash original that started it all, you may want to start there before attempting to tangle with the new guys. Beginning on Monday, October 27, you’ll get the chance to test your mettle against not one, not two, but three special-release Bastards, should you deem yourself up to the task. Take them on one at a time, or the truly fearless can tackle the whole crew in our new Arrogant Bastard Box, which contains the original Bastard along with his three bigger brothers.” 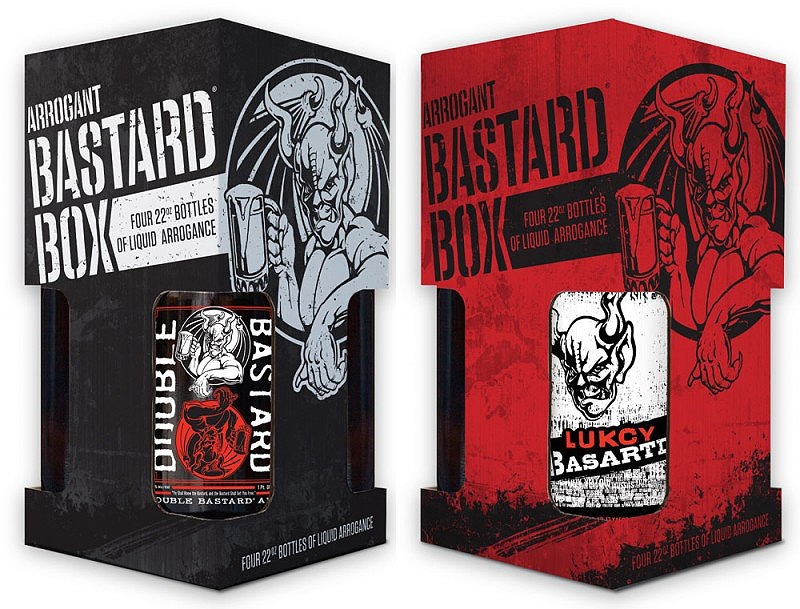 All of the beers in the Arrogant Bastard Box are being released in 22-ounce bottles, and while the public release is today, they began shipping to Stone’s 37-state distributor network and Puerto Rico on Oct. 13.