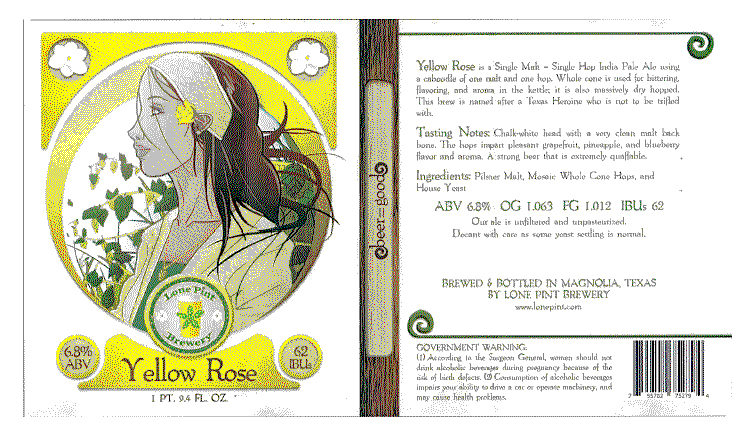 Lone Pint Brewery has announced that it will start bottling Yellow Rose IPA, 667 IPA and Gentleman’s Relish Brown Ale, three of its most popular beers, for the first time in the coming weeks.

The Magnolia, Texas-based brewery will be receiving a small bottling line this week, and will putting those three beers into bottles that should be on store shelves by early to mid-October.

All three of the beers will be sold in 750-ml bottles, with prices ranging from $7 to $9, depending on beer, though they will not be dated. The brewery will produce bottles for the Houston metroplex first, and then will look to expand to other major Texas markets based on demand.

Lone Pint Brewery was founded in 2013, and up until this point has been a draft only-brewery that distributes mostly in the Houston area.

If you’d like to send us some feedback, would like to advertise with us, or want to become an author on our blog,